Jurisdiction in a Composite Suit Involving Copyright Infringement and Passing-Off 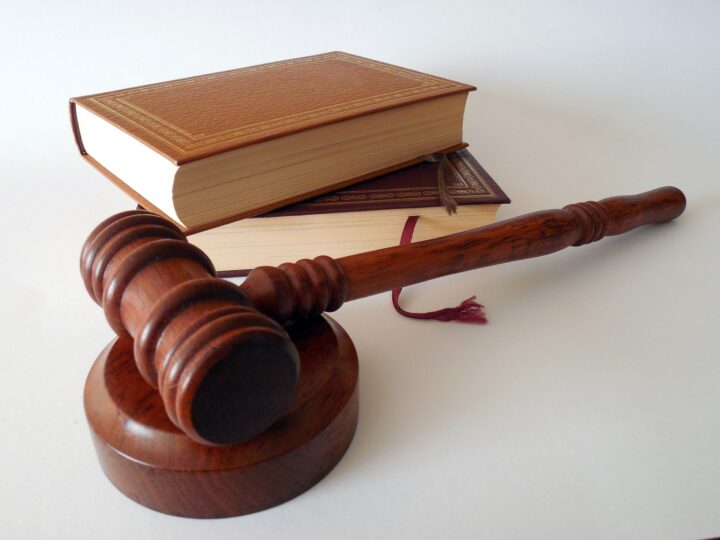 Jurisdiction in a Composite Suit Involving Copyright Infringement and Passing-Off

The instant matter dealt with two decisions, both from Delhi High Court, addressing the same issue, but taking contrary views.

The Appellant carried on business of sweet meats in Ghaziabad, Uttar Pradesh while the Respondent carried on similar business in Kotkapura, Punjab. The Appellant had earlier filed a suit for Copyright infringement and Trademark passing-off in Ghaziabad District court. In said matter, the Ld. ADJ had granted injunction restraining Respondents and their agents from using the label or passing-off their goods under impugned trade mark.

The Respondent consequently preferred an appeal against the order at Allahabad High Court and the said order was set aside. Among other grounds, the High Court held that the District Court, Ghaziabad did not have the jurisdiction to try the suit.

The present Civil Appeal was filed against the order of High Court.

It’s an appeal against the judgment of Delhi High Court wherein the Plaintiff (Respondent No. 1 herein) alleged that Defendant (Appellant herein) had infringed its registered trademark and copyright label ‘Field Marshal’. Both parties carried on business in diesel engines at Rajkot, Gujarat. It was alleged that Defendant had made an application for registration of ‘Field Marshal’ as a trade mark at Trade Mark Registry, Delhi. Further, it was alleged that Defendant was selling good exhibiting Plaintiffs’ trademarks in Delhi. The Plaintiffs’ application for injunction on restraining use of trade mark and copyright infringement was earlier rejected by Ld. Single Bench for want of jurisdiction. The Plaintiff-Respondent No. 1 thereafter preferred an appeal to Division Bench which was allowed. The Division Bench’s decision was based on two grounds:

Code of Civil Procedure, 1908 (hereinafter referred to as ‘the Code’)

Sections 16 to 20 provide for determination of territorial jurisdiction of civil courts. In the present case, Section 20 is relevant as it deals with ‘Other suits to be instituted where defendants reside or cause of action arises’ (invoked for IP infringement). It has following provisions:

‘Subject to the limitations aforesaid, every suit shall be instituted in Court within the local limits of whose jurisdiction-

Section 62(2) of the 1957 Act provides for an additional forum, while referring to jurisdiction of the suit for infringement of Copyright, wherein it states that:

‘a district court having jurisdiction shall, notwithstanding anything contained in the Code of Civil Procedure, 1908 (5 of 1908), or any other law for the time being in force, include a district court within the local limits of whose jurisdiction, at the time of the institution of the suit or other proceeding, the person instituting the suit or other proceeding or, where there are more than one such persons, any of them actually and voluntarily resides or carries on business or personally works for gain’.

It must be noted that no such additional forum has been mentioned in the Trade and Merchandise Marks Act, 1958. The present civil appeal addresses this pertinent question whether jurisdiction of additional forum would exist in a composite suit involving infringement of both Copyright and Trademark under 1957 Act and the 1958 Act respectively. The Court clarified that it is not concerned with the maintainability of composite suit, but the forum where such suit can be instituted.

Besides place of residence or carrying of business, Section 20(d) mentions place of ‘cause of action’ while determining the territorial jurisdiction. Black’s Law Dictionary (9th Ed. pp. 251) defines cause of action as ‘A group of operative facts giving rise to one or more bases for suing; a factual situation that entitles one person to obtain a remedy in court from another person’. Further the Supreme Court in A.V.M. Sales Corporation V. M/S. Anuradha Chemicals Pvt. Ltd. [SLP (C) No. 10184 of 2008] held that cause of action ‘comprises a bundle of facts which are relevant for the determination of the lis between the parties.’ The Court in present Civil Appeal delved into inquiring whether the location of filing of the trade mark application is a necessary fact to be proved in action of passing off or trade mark infringement.

The Delhi High Court in Tata Oil Mills Co. Ltd. vs. Reward Soap Works [AIR 1983 Delhi 286] held ‘that a composite suit based on infringement of trade mark, copyright, passing off and for rendition of accounts of profits, seeking to restrain the defendants from infringing its trade mark and wrapper claiming the same to be identical with or deceptively similar to the wrapper of the plaintiff mark, is maintainable.’

While causes of action in terms of both the Copyright Act, 1957 and the Trade and Merchandise Marks Act, 1958, may be different, would a suit be maintainable in a court only because it has the jurisdiction to entertain the same under Section 62(2) of the 1957 Act?

In terms of jurisdiction, the Code while determining the territorial jurisdiction under Section 20 gives preference to the place where defendant(s) ‘actually and voluntarily resides, or carries on business, or personally works for gain’ or the place where ‘cause of action, wholly or in part, arises’. This is based on the judicial principal that plaintiff should not put defendants to undue inconvenience. However, Section 62(2) of the 1957 Act provides for a non-obstante clause, which allows for territorial jurisdiction based on place of residence or business of plaintiff, thus being at marked difference from said judicial principal.

It should be noted that the 1958 Act does not confer such jurisdiction upon a district court where the plaintiff resides or carries on business. The Court observed that the parliament made a conscious decision to not provide for an additional forum for trade mark infringement under the 1958 Act.

It is also pertinent here that expression ‘…include a district court within the local limits of whose jurisdiction…’ does not exclude the options for territorial jurisdiction provided for in Section 20 of the Code. It merely provides for an additional forum where suit for Copyright infringement could be instituted. This view was supported by Supreme Court in Exphar SA & Anr vs. Eupharma Laboratories Ltd. & Anr [(2004) 3 SCC 688]: wherein it was held ‘Section 62(2) cannot be read as limiting the jurisdiction of the District Court only to cases where the person instituting the suit or other proceeding, or where there are more than one such persons, any of them actually and voluntarily resides or carries on business or presently works for gain. It prescribes an additional ground for attracting the jurisdiction of a court over and above the “normal” grounds as laid down in Section 20 of the Code.’

Considering contentions made under Section 62(2) of the 1957 Act, the Court found that the Plaintiff-Appellant neither resided at Ghaziabad nor carried on any business at the place in Delhi. Also, the plaintiff had no branch or manufacturing facilities in Delhi.

While referring to Order II Rule 3 of the Code, the Court held that a mere application under the said order, which seeks uniting of different causes of action (infringement of copyright and trademark/passing off in present case) would not ‘ipso facto confer jurisdiction upon a court which had none so as to enable it to consider infringement of trade mark under the 1957 Act as also the 1958 Act.’ The Appellants while making averments relied on decision of Delhi High Court in M/s Jawahar Engineering Company & Ors vs. M/s Jawahar Engineers Pvt. Ltd. [1983 PTC 207], wherein the Court held that the ‘fact that an advertisement had appeared in the Trade Marks Journal as regard application for registration of the trade mark of the defendant therein, the Delhi High Court would have jurisdiction in the matter.’

However, the Supreme Court held that said decision had no application in the present civil appeal. Firstly, in Dhodha House (supra), the defendants made no such trademark application. Secondly, it referred to the notification of Central Government wherein territorial limits of Trade Mark Registry were set under Section 5(3) of the 1958 Act. As parties in Patel Field Marshal (supra) were residents of Rajkot, and trade mark application was filed by Appellant-Defendant in Bombay, Delhi would have no jurisdiction. More importantly, the Court relied on ONGC vs. Utpal Kumar Basu & Ors [(1994) 4 SCC 711] where it was held that an ‘advertisement by itself in a journal or a paper would not confer jurisdiction upon a court’.

Thereafter, the Court examined existence of cause of action in present civil appeal. It emphasized on ‘use’ and ‘infringement’ as pertinent facts involving the cause of action and that location of registration of trademark or place of filing would not be a pertinent fact in terms of cause of action. Section 134 (1) (c) is also relevant here while determining key ingredients of ‘passing-off’. Here, again the emphasis is put on ‘…use by the defendant of any trade mark which is identical with or deceptively similar to the plaintiff’s trade mark, whether registered or unregistered’. Thus it is clear that the fact the trade-mark is registered is not relevant while determining passing-off.

More emphasis is to be given to the fact that the present Civil Appeal is a composite of two causes of action i.e. infringement of Copyright and Trademark. Thus, even if Section 62(2) allows an additional forum based on residence or place of business of plaintiff, no such additional forum is available for trade mark infringement in 1958 Act. In Dodha Civil Appeal, the court was of the view that Ghaziabad court might have jurisdiction to entertain suit under the Copyright Act, 1957 but not under Trade and Merchandise Marks Act, 1958.

The Court relied on Premier Distilleries Pvt. Ltd. v. Shashi Distilleries [2001 PTC 907(Mad)] wherein a Division Bank of Madras High Court held, ‘the cause of action in a suit for passing off… has nothing at all to do with the location of the Registrar’s office or the factum of applying or not applying for registration.’

The Court held that in composite suits, while determining jurisdiction, the appropriate forum for one cause of action would not automatically confer authority to the same forum to try the second cause of action. Further, the place of filing trade mark application is not a relevant fact while proving cause of action.

In the instant case, the Court held that the mere fact that the District Court Ghaziabad has jurisdiction to try suit under the Copyright Act, 1957 would not give the same court authority to entertain a suit under the Trade and Merchandise Marks Act, 1958, irrespective of joinder of causes of action.